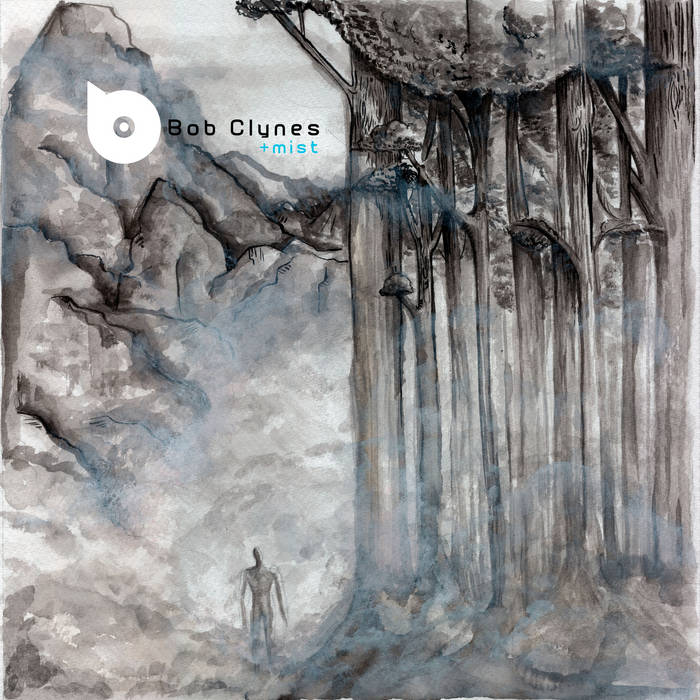 After composing for several years in his bedroom, Bob Clynes has been active in the mexican scene for the past decade. Music has been his friend, lover and teacher, yet due to a lack of reponse by his local context, he drifts through deep emotional voids, embracing intuition and composing.

+Mist is a crossover in his career as a musician. In this record, Bob lets go of his past as a turntablist and a band member of projects that didn't let him retain complete control over the creativity. So this is a new beginning and journey in which he considers himself as the expectator and learner.

Throughout the album, Bob blends ambient and dub with the sounds of the Roland 808, dark bass lines and destroyed synthesizers in order to create stories with several layers of delay. He wants to get back to the core of the listening process, leaving his images on the side, closing eyes and just listening.

The record is divided in two sides, so the whole album has an emotional contrast. Side A is a tale of the unknown. While Bob Clynes, as a producer, had never before played ambient before this record. “Dedo de Dios” is about not believing in God as religion portraits it, but also about believing in life, the universe and all that it represents.

+Mist is a piece where the leading character is not the creator and the power is given to a supreme being: the essence of relaxed music, the universe, nature and chaos. Its recording has to do with surrendering and letting go completely: being guided by an unknown energy with total trust. It’s a path that leads to the B Side, where the listener is surrounded by bass and beats in ways that unfold feelings of love, aging and despair.

The album is also a statement regarding the actual saturation of media: everything has become so accelerated and disposable that no one actually cares about human relationships. Automatism and banal violence seem like dominant forces in a world where everyone wants fast results with no effort.

+Mist and its accompanying live show explore ambient music as a source of calm that strips back to the idea of just plain listening while also questioning what we want as humans, the concepts of hope and evil, and also about dreaming even if it is for just a brief moment.

For Bob Clynes, this is a change of cycle and a shift: the only thing that doesn’t change in life, is change itself; leaving the creator sensitive towards the present but also with a promising view to the future.

All tracks written and produced by Bob Clynes

Released by OTONO in Mexico City and internationally, 2019

We work closely with creators and promoters to design thoroughly beautiful, detailed and profound artistic experiences.

Bandcamp Daily  your guide to the world of Bandcamp

Featuring appearances from Kari Faux, Bluestaeb and and interview with NY-bred artist Wiki