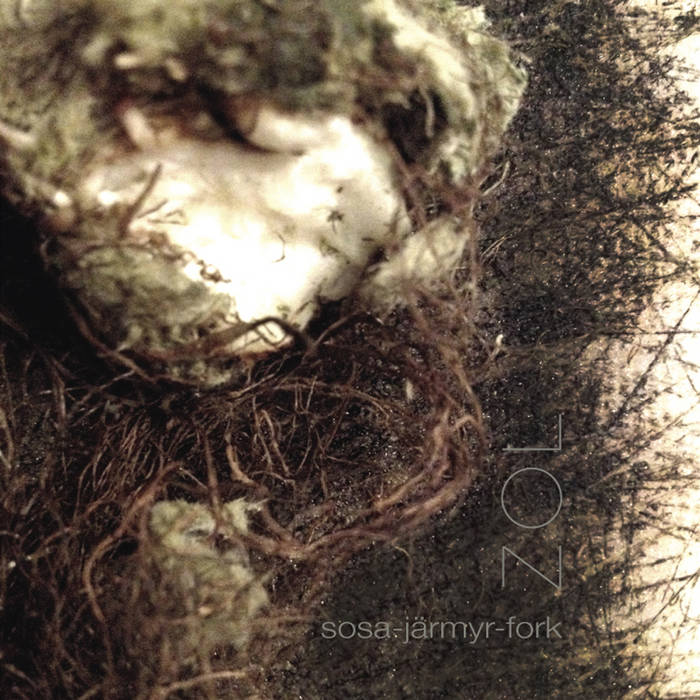 As its title, ZOL evokes an arcane that persuades the thought of a self contained iridescent magnetic pulse, a suspended glint in the abyss. It is a reminiscence of an universal symbol of anthropocosmic qualities with high resonance. The composition is a semantic of three signs:

The letter Z, which derives from the phoenician Zai and means weapon or device
The letter O, that in the Egyptian hieroglyphs symbolizes an eye
The letter L, with origins in the protosinaic alphabet; represents the sting of the ox, a tillage tool

Musically, it is the convergence of a triad of international artists that inscribe their work in the streams of contemporary vanguard. ZOL is the recording of a concert that not only broke physical and semiotic boundaries in the psychological, geo-political and cultural scopes; but it also built a topography dangled in the fragile sinergic tensions of the timbre, texture, atmosphere, amplitude, accent, emphasis and duration of sound.

The artists were situated in an indomitable terrain and thrown blindly to the void in order to forge their own voice. It was a ritual of complete immersion through each others’ murmurs and the trance emanated by their psychism. The process, from end to start, was performed in a sort of collaborative instinct. The result are four very abstract, dark and twisted themes; franked by a shamanic, cathartic and visceral halo.

Composer and sound artist Rogelio Sosa, legendary mexican experimentalist Arthur Henry Fork and the young but virtuous drummer Tomas Järmyr from Sweden created this document that denotes our profound admiration for them. ZOL is an homage to their own Demiurge; creator of the musical artifice and the improvisational experience.

We work closely with creators and promoters to design thoroughly beautiful, detailed and profound artistic experiences.

Bandcamp Daily  your guide to the world of Bandcamp

Featuring appearances from Kari Faux, Bluestaeb and and interview with NY-bred artist Wiki